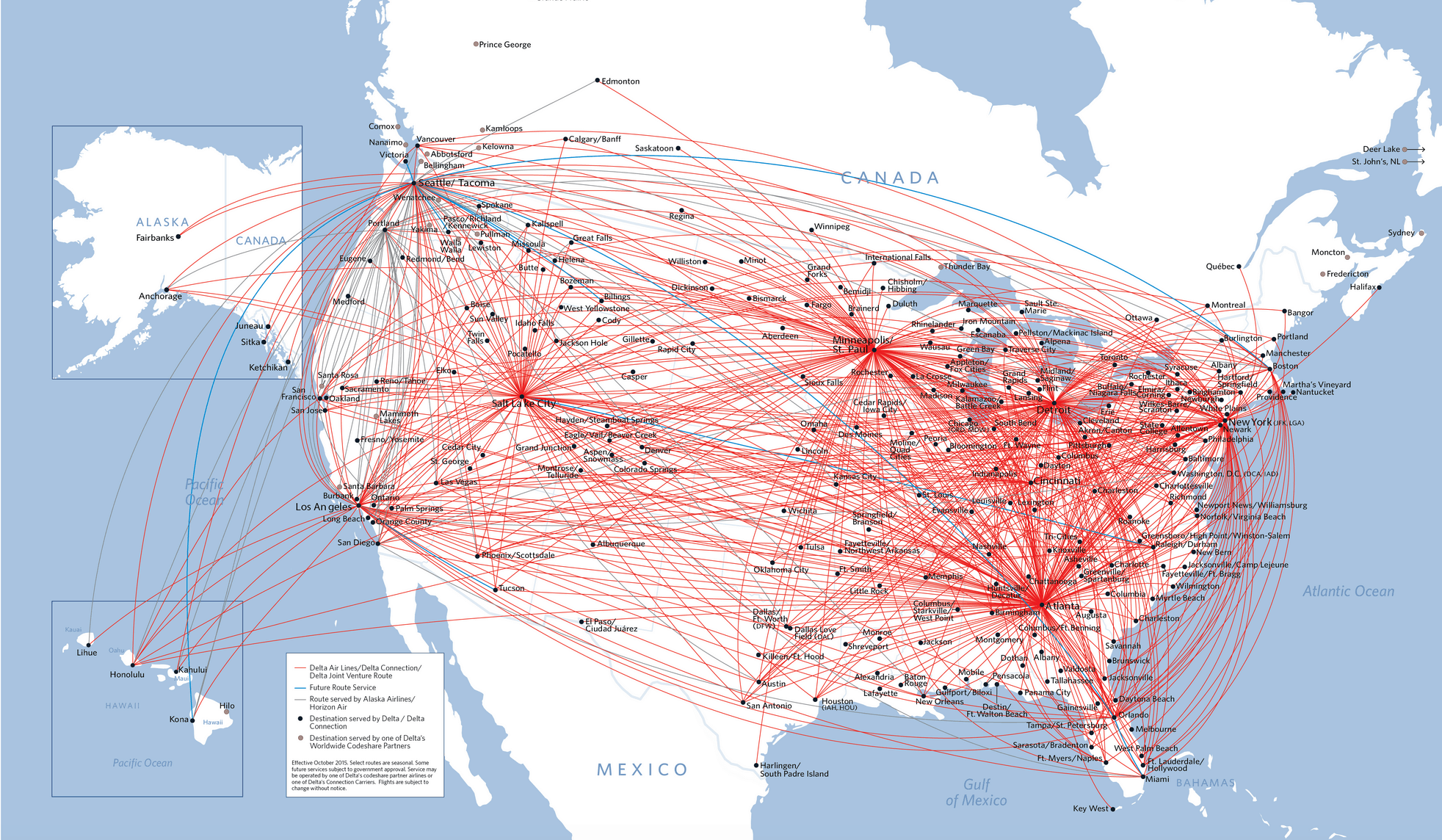 The Hub-and-Spoke Model of Air Travel, and Which US Cities are Hubs

During the next three months the cost of domestic airfares are at historic lows, but only if you travel in and out of major hubs. If you fly to a city that’s not a major hub, the cost of airfares are higher. To understand why this is happening and how you can take advantage of it, it helps to understand the hub-and-spoke model of air travel, and which cities are airline hubs.

Profitability in the airline industry is a simple matter of filling seats; the more seats with passengers in them, the more profitable the flight. The airlines refer to this as the “load factor”, which is the percentage of seats sold necessary for the flight to breakeven. The average industry load factor is 80%, which shows how narrow the profit margins are.

The Hub-and-Spoke Model of Air Travel

If a flight has to fly between two small cities, say, Memphis and Omaha, they cannot reasonably expect to be profitable. During the era of heavy government regulation, airlines were forced to fly such routes, and lose money. As a condition of lifting most government regulations in the 1970’s, airlines had to come up with a way to ensure that smaller markets would still be serviced. They came up with the hub-and-spoke model.

Hub-to-Hub to Pump up the Volume

A flight between two small markets like Albuquerque and Reno might only generate a 30% passenger load, but by connecting through Denver the load factor is increased by adding more passengers, reaching the magical 80%.

The current sale on airfares is limited to travel between major hubs because when airfares are so low, load factors are even higher, say, 90-95%. In other words, the airlines need to fill almost all of their seats in order to make it profitable. They can only achieve this by flying between major hubs.

Here is a list of major hubs in the United States