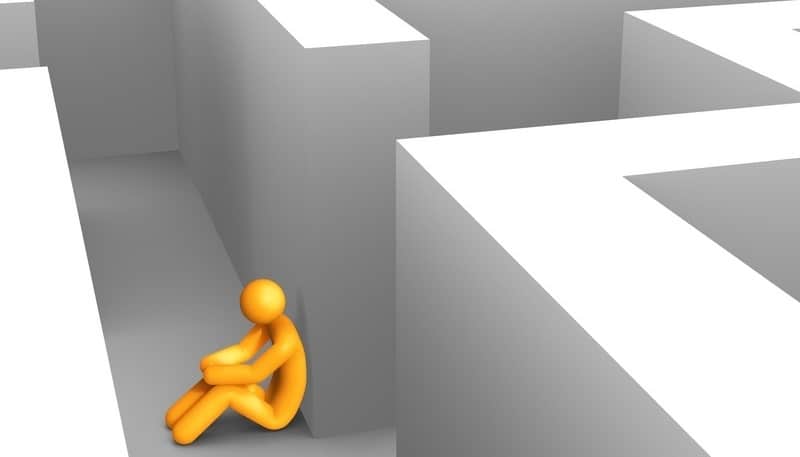 In the Oregon Vortex weird things happen. These two people are pretty much the same height. Right?

Okay, I kid you not. I’ve been to a place where balls roll uphill, broomsticks stand on end, people grow taller just by taking a few steps, and the earth’s magnetic field causes you to sway slowly in a circle as you stand in one place. It’s the Oregon Vortex in Gold Hill, Oregon and I’m not quite sure how all these things happen but I can tell you I witnessed them with my own eyes.

Like the others who were with me on the tour, I spent a good deal of time grinning like a fool and intermittently saying things like “wow” and “cool” and “that’s bizarre!”

Not when they switch positions. This is the power of the vortex!

For an admission price of $9.75, a 45 minute tour reveals a host of anomalies that occur in “the vortex” which is purported to be an invisible force field, spherical in shape, half above the ground and half below. Within the vortex is a whirlpool of force that plays havoc with the laws of physics and makes you doubt the evidence of your senses – if you are so inclined.

In the 1920’s a geologist and erstwhile physicist named John Litster stumbled onto the 3/4 acre plot and developed it as a tourist attraction. Prior to that it was the location of a gold assay office which still stands on the site, albeit in a dilapidated condition, and now does service as the so-called House of Mystery.

The house of mystery. Enter if you dare.

In the former assay office, which sits a kilter, having been pushed off its foundation by a landslide, the floor is heaved up, sloping dramatically from one corner to the other. Standing around inside, people appear to be pitched over at 45-degrees. A plumb line suspended from the ceiling appears to veer out.
Among the weird phenomenon on display is a reversal of the perception of angles. Downward slopes are actually upward slopes with the result that balls seemingly roll uphill. Finally, as a kicker, the tour guide stands a broom on its bristly end, and it stays there, flagrantly violating the laws of gravity. Let’s be clear, the House of Mystery is not really a house. It’s more like a shack. But it is mysterious, if you want it to be.

In the House of Mystery, standing straight up makes it look like you’re standing at 45-degrees.

Outside, more weirdness ensues when the tour guide gets four people to stand in a row. They are all more or less the same height, but when she rearranges them, suddenly one is taller than the others. This anomaly is so much a part of the vortex that it gets repeated two or three times, never without expressions of surprise.

Excuse me, but, uh… this broom is standing up by itself. (Click any picture to enlarge).

Litster explained this as a disturbance of the earth’s magnetic fields caused by the vortex, an explanation that suited me fine, but other folks are a little put off by what they see as a load of hokum. They don’t like being bamboozled and demand to see the man behind the curtain.

Where Animals Have More Sense than Humans

The scientific explanation for all of this, as offered by Oregonians for Science and Reason, is a combination of boiler plate optical illusions and the power of suggestion. In other words, we are only fooling ourselves. Okay, maybe so, but I for one sort of like the idea of a vortex. My favorite part of the Litster version is that Native-Americans considered this area “forbidden ground”; their horses refused to enter it. Pack mules owned by gold seeking panhandlers displayed a similar distaste, and even today the area is said to be devoid of wildlife, dumb animals apparently having better sense when it comes to vortices than knuckle-headed tourists.

Believe it or not, this ball was actually rolling uphill.

So what is the proper protocol when approaching a vortex? No one knows for sure, and that’s what I like about it, the idea that there’s a mystery here that science has yet to crack. For my part, I would like nothing more than to see the laws of physics turned upside down, so we could start all over again and maybe figure out how to develop that transporter beam I’ve seen on Star Trek. But hey, that’s just me.

In his book, Thinking Fast and Slow, Daniel Kahneman asserts that human beings employ two modes of thinking: the fast, intuitive, emotional kind, which makes us spend money on lottery tickets and vote for poorly qualified leaders, and the slow, methodical, intellectual kind that makes us figure out our taxes and debunk conspiracy theories. The problem, according to Kahneman, is that slow thinking is hard work and fast thinking is easy. So which kind do most humans prefer? You guessed it.

According to the Italian researcher Ponzo, the human mind judges an object’s size by its background. Converging background lines distort our perception. But do we really want to know this?

To complicate matters, according to Kahneman, we are cognitively lazy. It’s not that we don’t recognize that there’s a problem. It’s that we don’t bother to solve the real problem. Instead, we solve the easy one.

When it comes to the vortex, it takes some mental effort to  figure out what’s really going on. The height change phenomenon is due to an effect called the Ponzo Illusion. Converging background lines distort our perception. In the context of the Oregon Vortex it’s hard to figure out how this applies. The problem I should be solving is, “How does the Ponzo Illusion work in the Oregon Vortex?” But the problem I prefer to solve is, “How did that person suddenly become taller?”

From outside the shack, water (or a ball) is clearly running slightly downhill, nothing unusual about that.

When I’m in the crazy, tipped over shack at the Oregon Vortex, the information that’s available to me is only what’s available to me within that space. The fact that we are tilted at a severe angle is compensated for in my mind and corrected in my perception in accordance with what’s level in that space. So my perception of angles is distorted and balls appear to be rolling uphill.

Ever notice how people who watch a lot of television express concern about a wide range of unlikely catastrophes from child abductions to racial uprisings in the suburbs. Yet they seem remarkably unconcerned about the fact that the office of the President recently claimed the right to kill American citizens whenever and wherever it wanted to, without resort to trial or rule of law. Perhaps it’s because self-serving TV news shows tends to report one kind of story and downplay the other? Availability, you see.

But from inside the shack, I perceive the overall interior space as level, so water (or a ball) appears to be running uphill.

And while we’re on the subject of distorted views of the President, I voted for Obama in 2012. I lean left. But an objective, unbiased view of his record on civil liberties should have gotten me worried. If Bush-Cheney had implemented the same open-the-flood-gates approach to spying, surveillance and information gathering, I would’ve been howling. But with Obama, I was only mildly concerned. Why?

This is actually scary. Even some FOX News watchers recognize this. It can’t be about my biases, and I can’t listen to one news source exclusive of all the others just because it plays to my fast, intuitive emotional thinking. Just because it’s easy, and because they keep telling me it’s “fair and balanced”. Nonsense. I have to think for myself. This is how Trump got elected.

Is it possible that my view of Barack Obama is distorted?

By comparison, my willingness to believe in the Oregon Vortex is practically harmless.

My friend Jimmy loves science and despises all forms of fantastical thinking, including religion. He believes that our willingness to believe in hokum is what’s causing all the problems in the world. I can see his point. Maybe if we were all made to hold to a strictly empirical standard there would be a lot fewer people standing in the way of a loved one’s crucial medical care or blowing themselves up in the name of Allah.

Figuring out the truth can be difficult and confusing.  Do I really want to do it?

But then we would live in a world where balls cannot roll uphill and people cannot grow taller by moving over a few paces. I’m not sure I would want to live in that world. I like the vortex. It’s the sort of place I would gladly have taken my daughter when she was younger and let her make of it what she would.

These days my daughter is all grown up. When I think of her at the Oregon Vortex, I can almost hear the sound of her free and easy laughter. She would be amused by the place, not at all threatened by it.

She may not be an engineer, but she can sure appreciate an invisible force field when she sees  one, which has made her life a little bit richer and given her the ability to let her imagination take flight. As long as the vortex doesn’t draw her down into fear and anger it’s a good thing, even if it is a little delusional.

Yes, the Oregon Vortex is probably a lot of cheesy hokum, but to prove it conclusively I would have to make a concerted mental effort, and I don’t really want to do that. It would spoil all the fun.