Top Posts
Memory Metal: The Enduring Legend of the Roswell...
Unsung Beauty: A Visit to Big Bend National...
Judge Roy Bean and The Law West of...
Not the Right People: Ethnic Cleansing in the...
The View from Up Close on South Padre...
A Truth Best Forgotten? The I-45/Texas Killing Field...
A Night at the Myrtles Plantation, the Most...
A Place of Quiet Contemplation: Driving the Natchez...
Understanding Backwards: Coming to Terms with the Past...
Beside the Singing River: The Extraordinary Musical Legacy...
CaliforniaThe West Coast 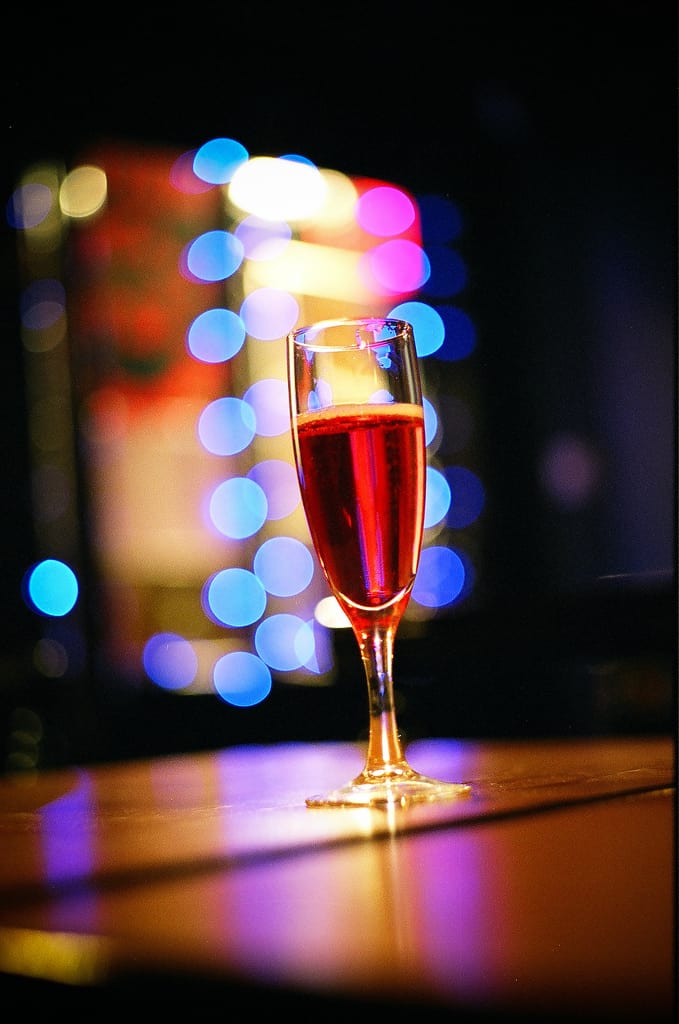 The L.A. Lakers were playing the Dallas Mavericks for the Western Conference Championship. The game had been on for nearly an hour. I was sitting at a bar that boasted six flat screen TVs, all in high def. Two were switched off and the others were tuned to Wheel of Fortune and a rerun of Friends. The game was being televised. Nobody cared.

Perhaps it goes without saying that I was in Los Angeles, a place where there are so many other diversions to indulge in sports can seem humdrum.

I asked the woman sitting next to me if she would mind if the bartender turned on the game. She didn’t hear me. Her phone was ringing. It was quite loud and had a ring tone that sounded like a Roman triumphal salute. She snatched it up instantly. Obviously, she had been waiting for the call. She had two cell phones and a Blackberry arranged on the bar beside her.

Her name was Angela. I knew that because I had heard her speaking with a friend, and her friend had called her that. Not her friend on the phone but another friend, a slender, fit  young woman with long legs and jeweled earrings who had sauntered down to the other end of the bar and was trying to strike up a conversation with a  guy in a tailored Italian suit.

I had spent the afternoon cruising Rodeo Drive with my twenty-two year old assistant, the kid who helps me lift heavy boxes out of my car. He was dressed in a sleeveless black tee, nose ring and tats, sporting a homberg and checkered Vans. I had on my blue velvet sports coat, striped button down, Versace knock-offs and pointy shoes.

A gorgeous young woman standing outside Bernard Passman must’ve taken us for a couple of up and coming movie producers. She invited us in for a glass of wine. She thought we might be interested in looking at some jewelry. We smirked when she told us that the ring she was showing us cost $16,000. A few minutes earlier we had been scrounging through the ash tray, looking for a quarter to feed the meter. We were well pleased. The wine we were drinking had more than offset the cost of the parking. We were way ahead on Rodeo Drive.

But Angela from Los Angeles was not pleased. Her parents wanted her to have more children and she’d only had one. Children were fun. They were the best thing ever. She’d been thinking about getting artificially inseminated but was afraid of disease. It was hard to believe she was having trouble finding guys; she looked like Scarlett Johansson. She had a sexy figure that looked great in the Milano silk blouse she was wearing. Her Blackberry chirped, and she picked it up. She finger-waved at someone across the room.

All afternoon my assistant and I had wandered around Beverly Hills. We’d checked out Barbara Streisand’s house and tried to peer past the gate at Walt Disney’s house. We’d gotten confused and had to turn around in Rod Stewart’s driveway. We’d made our way down Santa Monica Blvd in rush hour traffic, past the Church of Scientology and beneath two giant billboards advertising The Pussycat Dolls. A guy in a convertible Jag at a stoplight could be overheard saying, “Three million upfront and then sixteen million on the backend.”

There was a guy across the bar, not very good looking, but then in L.A. even the unattractive people are good looking. Angela from Los Angeles thought that maybe she knew him from somewhere. Maybe they had met at a party or something. He didn’t seem interested. He left, and then fifteen minutes later he was back, standing at her side. He wanted to know if she had gotten his text. She couldn’t figure out which of her phones it might be on. They chatted. After he’d left, she found the text.  She showed it to her friend. “Oh, that’s so sweet,” her friend said.

Angela from Los Angeles seemed unimpressed. “Did you see his watch?”

My assistant and I took Mulholland Drive up along the ridgeline of the Santa Monica Mountains and down through the Hollywood Hills. As we made our way down Laurel Canyon Blvd. we could see the Hollywood sign. It was dark outside, yet the sign was still unlit. I wondered when the lights would come on. Only later did I realize that the sign is not illuminated at night.

Angela’s friend suggested they go to a nightclub. Angela from Los Angeles said, “The only club I’m going to is Club Mattress.”

“Oh, come on,” said her friend. “We should have some fun tonight. I thought you said you wanted to get drunk.”

Angela from Los Angeles looked at what remained of her drink and swirled it around in her glass. “I’m waiting for an invitation,” she said.

Her friend started to object, but Angela raised a slender, perfectly manicured hand and made her stop.

Angela from Los Angeles looked up at the TV and sighed. She drank off the rest of her cocktail.  “Next month I’ll be thirty-one,” she said. “How did that happen?”

She said it to no one in particular. She said it with a peculiar sadness. She sat there watching the basketball game, not registering it. After awhile she turned to me and said,  “Who’s winning?”

It was the first time she had spoken to me, although I’d been sitting next to her for more than an hour.

I started to reply, but she held up one finger. Her cell phone was ringing.