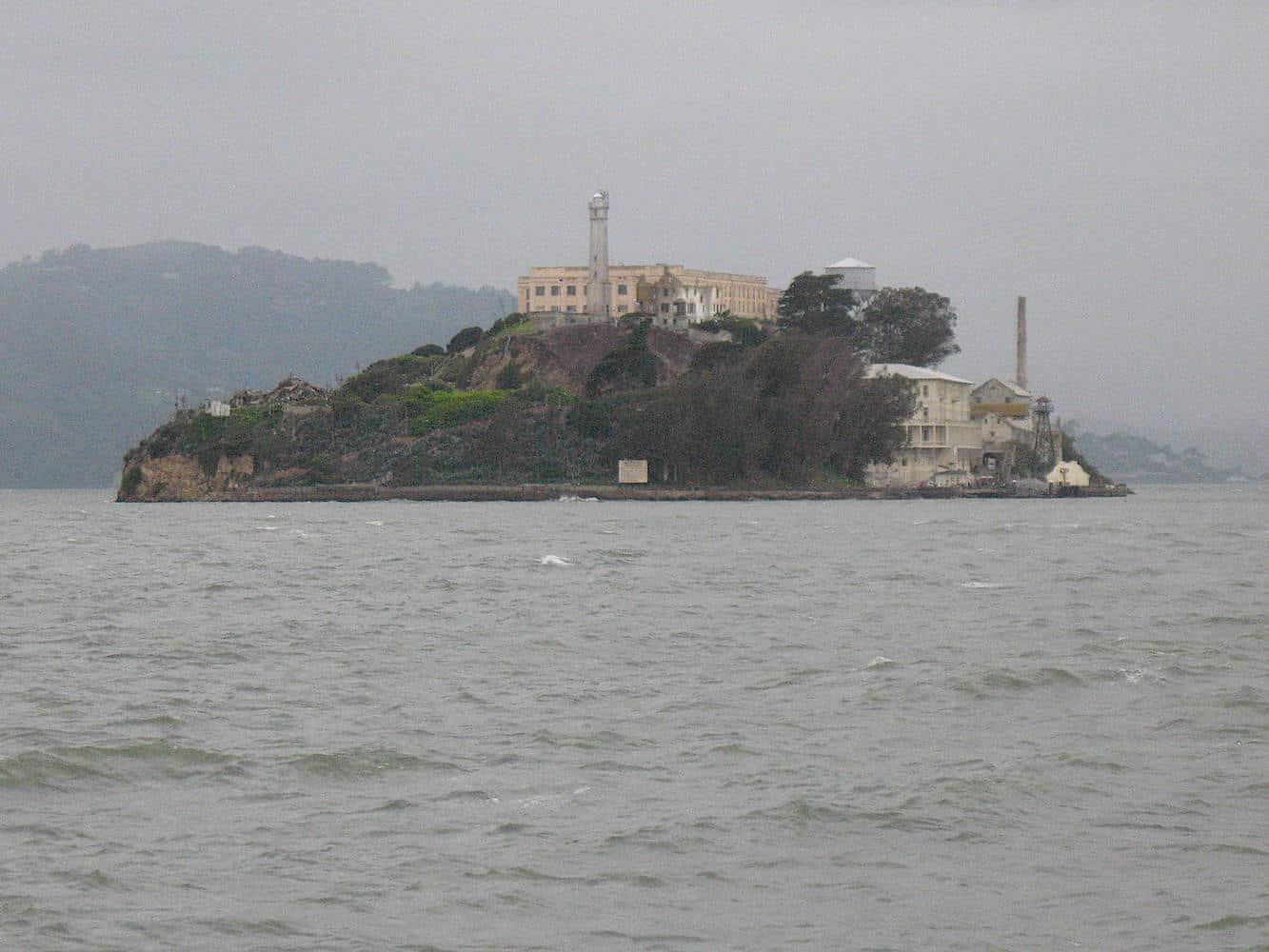 On December 6th, 2020 San Francisco locked down for the second time in nine months. You could almost hear the collective groan from residents long accustomed to enjoying the lively social life the city has to offer. For at least the next eight weeks San Franciscans were to remain in their places of residence and avoid interacting with persons from outside. It would be a burden.

The reason for this harsh prohibition was a 112% increase in the number of new COVID-19 cases in the Bay Area, a jump of more than 10,000, from 8,743 to 18,588. In the grand scheme of things this paled in comparison to the 240% increase experienced by Houston in July of 2020, a leap of more than 66,000 cases. But unlike some Texans, San Franciscans’ first reaction when asked to cooperate in dealing with a public health emergency was not to reach for a gun. They were willing to tough it out. But it would be a challenge.

How much of a challenge? If San Franciscans needed a reminder of how difficult enduring a lockdown could be, all they had to do was look across the bay. For thirty years Alcatraz Island played host to the nation’s most hardened criminals, a lockdown that for most was nothing short of misery.

Dangling a Steak in Front of a Dog

San Francisco – to have it there within reach was agonizing

It’s one thing to be locked up in a penitentiary far out in some remote landscape—today’s federal Supermax Prison is located in Florence, Colorado, 110 miles from Denver in a drab, featureless desert—it’s another thing to be locked up a mile away from one of the world’s most vibrant cities. As Jim Quilllen in his book Inside Alcatraz described it:

I can still recall the beauty that met my eyes as I stepped through the wall
gate for the first time. The Golden Gate Bridge was directly in front of me.
To my left was San Francisco and to my right, Sausalito and Marin, all reminders
of the normal life I had thrown away.

To have it there, almost within reach, was like dangling a steak in front of a starving dog. It was agonizing, and it made many prisoners long to escape.

The Most Nightmarish Ordeal of All

One of the more famous escape attempts you learn about while listening to the self-guided audio tour on a visit to Alcatraz is the 1962 attempt by Frank Lee Morris depicted in the film Escape from Alcatraz. Morris devised an elaborate scheme involving digging through walls, cutting through bars, and fashioning papier-mâché dummies. He and his two accomplices actually made it to the water and floated away on an inflatable raft made of fifty stitched together raincoats. They were never seen or heard from again.

Whether or not they really did get away is a matter for debate. Other escapees who got as far as the water tell a tale of conditions so insufferable that trying to swim to the mainland was the most nightmarish ordeal of all. The water in San Francisco bay is frigid, even on the warmest of days, and the currents are so strong they can suck a man out to sea like a magnet.

After Morris’s attempted escape, another prisoner, John Paul Scott, did what no other escapee had ever done and made it to the mainland by swimming across the bay. Unfortunately, he was so incapacitated by hypothermia by the time he arrived that he lay half dead on the shore until the authorities picked him up and returned him to prison.

Passengers disembarking from the ferry at Alcatraz

The rock is an inhospitable place. When I arrived at Fisherman’s Wharf to catch the ferry, the temperature was 58 degrees, but while waiting the temperature dropped into the low 50’s, and it began to rain. By the time we arrived on Alacatraz Island it was in the mid-40’s and raining hard. I had been warned ahead of time that temperature extremes between the mainland and the island could be severe, so I had dressed appropriately, but I was still uncomfortable.

Another thing that will make you uncomfortable is showing up at the ticket office on Fisherman’s Wharf and finding out you cannot buy tickets to Alcatraz right then and there. Alcatraz gets more than a million visitors a year, so you must purchase your tickets in advance. I had to purchase my tickets three months ahead of time. Because the demand outstrips the supply, it’s not cheap either. Ticket prices as of December 2020 were $41.00 for adults and $25.00 for children. The price includes the roundtrip ferry and the audio tour.

Cell block B at Alcatraz prison

The audio tour is a must. For anyone interested in enrichment travel, the more you know about the place, the more fulfilling the experience, and the award winning 35-minute audio tour, in which you hear the words of former inmates and correctional officers describing their experiences, is top notch.

A good book to read before going is Inside Alcatraz by Jim Quillen. It’s the autobiography of a former Alcatraz inmate who spent fifteen years in lock down there. Quillen was involved in two escape attempts and nearly died during the bloody uprising of May 1946. You’ll also want to watch the 1979 movie Escape from Alcatraz, which was filmed inside the prison and is largely accurate. Armed with these resources you won’t be left wondering why so many tourists are fascinated by the utility corridor that runs behind the cells.

After arriving at the island and picking up your audio tour, you’ll want to watch the 17-minute video presentation on the island’s history. Then you’re free to wander the prison at your leisure; you just have to make sure you’re on board the last ferry back to the mainland, which leaves at 6:30pm. Otherwise, you might get a more authentic taste of what it was like to be stuck on Alacatraz.

Enduring a Lockdown on Alcatraz Island

Typical 5 by 9 foot cell at Alcatraz. Prisoners spent most of their time here.

It might seem like an open ended return policy for visitors departing the island would cause overcrowding on the last ferry, but it doesn’t. That’s because Alcatraz is not a place many people want to linger in. It’s damp, gray and forbidding, which serves to drive home the point that being incarcerated there must’ve been nothing but misery. One of the reasons the Bureau of Prisons closed it in 1963 was because the cold salt rich air was actually eroding the buildings. As it happened, the salt rich air was also eroding the prisoners, dehydrating the skin of some men, causing irritation, itching and acne, as if being locked up in a 5 foot by 9 foot cell was not suffering enough.

Yet without a doubt the most uniquely torturous aspect of being locked up on Alcatraz was its tantalizing proximity to San Francisco. Inmates reported being able to hear laughter and music from bars and restaurants across the bay as they lay shivering in their cramped cells, staring down the barrel of many years of incarceration, a depressing prospect.

Damp, gray and forbidding. Alcatraz is not a place you want to linger in.

These days, psychologists are keenly aware of the impacts of confinement due to lockdowns. Depression is a distinct possibility, as are mood fluctuations, stress and emotional instability. People confined for long periods also become obsessed with the reason for their confinement and cannot stop thinking about it. Today that means obsessing about the virus, gobbling up news about it, and dwelling on it to an unhealthy degree. For inmates on Alcatraz it meant reflecting on the crimes they had committed and contemplating ways to escape.

But Alcatraz was notoriously inescapable. To this day the Federal Bureau of Prisons maintains that no one ever escaped from the rock. Reported sightings of the 1962 escapees have been made on several occasions but none have ever been confirmed. As far as anyone can tell, Alcatraz’s record for never having permitted a successful escape remains unblemished.

Alcatraz as seen from San Francisco

For the good people of San Francisco, release from their confinement is right around the corner. Mitigation efforts when practiced seriously have been proven to drive down case counts, and vaccine distribution has already begun. But for those poor souls who were stuck on Alcatraz there was no way out, short of parole or death.

We might do well to remember that no matter how bad our confinement has been during COVID-19, there was once something much worse. In the annals of confinement perhaps nothing was as grueling as Alcatraz. The word itself is a derivation of the Spanish word for “pelicans” or “strange birds”.  But those strange birds on Alcatraz had their wings clipped and could not escape. They were locked down indefinitely.

Quillen, Jim. Inside Alcatraz, My Time on the Rock. Penguin Random House, 1991.

All images by Malcolm Logan except…

Why Some Hotel Chains Vary in Quality, While Others Don’t

A Self-Guided Tour of the Manson Murder Sites...