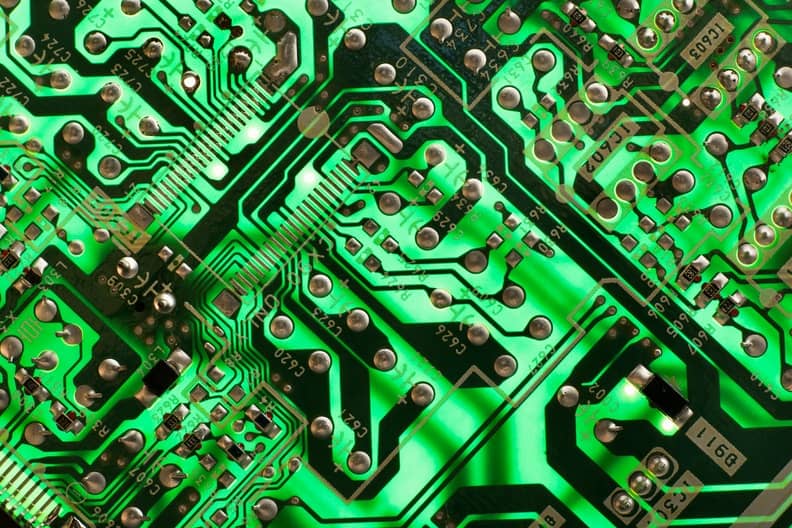 Steve Jobs was a jerk. But that doesn’t mean he wasn’t a visionary. In fact, Jobs was almost singlehandedly responsible for making computers well designed and user friendly. If it wasn’t for Jobs, the prickly and aggressive founder of Apple, you would still be looking at a command prompt when you boot up and struggling through a thicket of symbols and slashes to perform a simple task.

Jobs brought a revolutionary piece of technology to the masses and changed the way we interact with computers. But he didn’t do it alone. He was the natural outcome of a linear progression of pioneering technologists, most of whom developed their breakthroughs right in his own backyard in Silicon Valley.

Steve Jobs and Bill Gates, long time rivals, had a grudging respect for each other.

In Walter Issacson’s brilliant biography, Steve Jobs, the author explores the question of what made the suburban area between San Jose and San Francisco the wellspring of 21st century technology.

During World War II the area was home to many defense contractors and radio technology companies, giving it a firm technological base. After the war, in the late 1960’s, the Bay Area became ground zero for the counter-culture, producing a groundswell of creativity in the arts, much of it fueled by mind expanding drugs and experimentation with different ways of thinking and viewing the world.

It was the unlikely marriage of this radical free thinking and groundbreaking technology that produced the cutting edge companies that fueled America’s new economy. Sprinkled throughout the valley are sites where where world-transforming events occurred, events that, for future generations, will be considered as revolutionary as the invention of the printing press or the birth of the automobile. Yet no one has put together a tour itinerary mapping out these sites and underlining their historical significance. Until now.

The garage where Bill Hewlett and Dave Packer started their fledgling technology company in 1939.

To get a sense of the importance of Silicon Valley to the 21st century, begin your tour near downtown Palo Alto where in 1939 two students responded to their professor’s request to start up their fledgling electronics company, not in the East, where most electronics companies had been based, but here, near the campus in Palo Alto. Their names were Bill Hewlett and William Packard, and their company, Hewlett-Packard was founded in this garage.

In this nondescript building something earth-shaking happened.

Twenty years later, in 1959, Robert Noyce and Jack Kirby, working for Fairchild Semiconductor, invented the first commercially practical integrated circuit (microchip) in this building at 844 Charleston Rd in Palo Alto. Exhibiting a renegade spirit and informal style, Noyce was in many ways the spiritual forebear of Steve Jobs.

Robert Noyce started Intel in this building in 1968.

Like Jobs, who came after him, Noyce clashed with his fellow executives and in 1968 left Fairchild to start Intel in this building at 365 East Middlefield Rd. Starting with just two employees, within two years Intel completed an IPO worth $6.8 million. Clearly, there was money to be made with the new technology and it became a source of fascination to a small but fanatical group of teenagers growing up in the valley.

Jobs became enthralled with desk top computers after seeing the experimental models being built in this building at HP labs in Palo Alto in the early 70’s. As a 14-year old freshman, Jobs, showing the brashness that would come to characterize him, looked up Bill Hewlett in the phone book and called him. Hewlett was so taken by the plucky student, he spoke with him for 20 minutes.

Jobs was attending Homestead High School when he met Wozniak in 1971.

While at Homestead High School in 1971, Jobs met a recent graduate whose aptitude with electronics was legendary. Together they cooked up pranks. For one prank, Jobs’ new friend Steve Wozniak developed a digital frequency counter that mimicked the tone used by the phone company to allow long distance calls to go through for free. After calling all over the globe, they were forced to stop.

Jobs and Wozniak started Apple in this garage in Cupertino.

In 1974 Jobs  went to work for Atari. While there, he and Wozniak designed a variation of the popular game Pong. In 1975 they took up the challenge of building a computer. Wozniak’s innovation was to integrate the keyboard, screen and computer all in one. Job’s contribution was to figure out a way to sell it. With an initial investment of $1,300 they started Apple Computer in this garage at Job’s parent’s home in Los Altos.

Jobs sold his first 50 computers to the Byte Shop, formerly at this location in Mountain View.

In search of his first sale, Jobs walked into the Byte Shop, a computer store on Camino Real in Menlo Park (now an adult video store) and persuaded the owner to commit to fifty computers at $500 each. The owner had one requirement. He wanted the circuit boards to be fully assembled on delivery. Jobs agreed. But when Jobs delivered the goods a few weeks later, there was no power supply, monitor or keyboard. The owner balked, but displaying the kind of negotiating ferocity that would make him legendary, Jobs stared him down. The sale was made. Apple was off and running.

In 1977 Apple Computers moved out of the garage and into this light industrial unit on Stevens Creek Blvd in Cupertino. By this time, the company had a dozen employees. In the next four years sales would skyrocket from 2,500 units to 210,000 and the company would be valued at $1.7 billion. When it went public, Apple was the most oversubscribed IPO since Ford Motors. At 26 Steve Jobs was a multi-millionaire. But he wasn’t done yet. Using a graphical user interface that he essentially stole from Xerox, Jobs drove his engineers to create the Macintosh. In January 1984 it launched to great acclaim, taking the company to dizzying new heights.

But Jobs was never an easy man to get along with. A little more than a year later, Jobs lost the support of the company’s directors and was fired from the company he had founded. For the next twelve years, he flourished as the founder of NEXT Computers and as a top executive at Pixar animation studios. When he returned to Apple in 1997, the company was floundering. They had moved their Research and Development department to Infinite Loop in Cupertino in 1993, but when Jobs returned, he also moved the executive headquarters to this 32 acre campus, and Apple once again took off, reaching $108 billion in sales by 201, the year he died.

The Apple Company Store at One Infinite Loop offers mostly T-shirts, caps and souvenirs. A better place to get a taste of the cutting edge company that Jobs built is to visit the Apple Retail Store at 451 University Avenue in Palo Alto, a short drive from the residence where Jobs spent his final days before passing away on October 5, 2011 from pancreatic cancer. Here, as at all Apple Stores, an enthusiastic and knowledgeable staff acquaints visitors with the newest Apple devices.

A visit to the Apple Store in Palo Alto is an appropriate wind-up to a day spent touring the historic sites in Silicon Valley and as a good place as any to pay homage to the man who changed the way we interact with computers.

Many uncomplimentary adjectives apply to Steve Jobs: insensitive, petty, mean. But an examination of his life and accomplishments in the 1500 square mile area known as Silicon Valley emphasizes the deep legacy and visionary drive that made Apple one of the most successful companies in the world.

Other Tour Itineraries on My American Odyssey

Message in a Black Box: Alien Encounters at Area 51

Naval Gazing: Pondering the Cost of Defense on the USS Midway in San Diego