The Catch: Exploring New Opportunities to Fly at Trapeze School in Chicago

At Trapeze School New York in Chicago we made amazing progress in just a few hours.

Face it. There are some things you are not permitted to do. For example, you cannot perform surgery without a license. You cannot practice law without one either (but that’s all right, there are more than enough lawyers as it is). And you cannot jump off a diving board at a motel swimming pool (see comment about enough lawyers above). But the number of things you are permitted to do in America is astounding.

When I started writing this blog, I thought I would explore the towns and cities of America, their history, culture, and appeal, all the things that make them unique. But along the way I discovered something interesting: there are a whole lot of cool things to do in America too. Just about anything you can imagine, there is someone willing to help you experience it, for a fee, and now, with the internet, you can, find all of these things.

We waited anxiously for our turn.

Do you realize that you can drive a tank if you want to? There’s a place in Minnesota that will let you do that.  Dogsledding? No problem. Want to fire off a few rounds from a machine gun. Step right up. It’s available. You can hunt wild boar, drive a Formula One race car, go lobstering, speak to the dead, jump from an airplane, go bobsledding, and take a helicopter ride over an active volcano. If this is a bucket list, we’re going to need a bigger bucket.

And then there’s the circus. At Living Adventures in New York City you can learn to tightrope walk. At Tucson Circus Arts in Tucson, Arizona you can take contortion classes and learn to walk on stilts. At the Circus Center in San Francisco you can learn juggling, acrobatics, and rope ballet. And in Chicago you can fly through the air with the greatest of ease. In one easy lesson you can become a daring young man – or a daring middle-aged man, as the case may be – on the flying trapeze.

I was standing on a platform 23 feet in the air getting ready to jump.

They say you can’t teach an old dog new tricks. But if that were true I would be sitting at home watching TV, worried about my carb intake and checking my stock portfolio. Instead, I’m standing on a platform 23 feet in the air with a bar in my hand and waiting for the signal to jump.

Trapeze School New York in Chicago offers beginner classes in flying trapeze for less than the cost of a tank of gas in a Humvee. And while a Humvee may be fun to drive, I dare say it can’t match the thrill of swinging out over a net, rolling back and hooking your knees over a bar, hanging upside down, and then reaching out to be caught mid-air by another flyer. Believe it or not, most people can master these skills in less than three hours. Scary, yes. But a whole lot easier than it looks.

Joan confessed she was experiencing some butterflies. Me too.

My friend Joan confessed she was experiencing some butterflies ahead of our scheduled class at the Broadway Armory in Chicago’s Edgewater neighborhood. I, too, was feeling a bit squeamish. After all, we are not spring chickens. Our queasiness was not diminished when we saw the other people in our class: a gaggle of 7-year olds with all the energy and resilience of kittens, as well as two 20-year olds, one of whom was a collegiate athlete. Gulp. Were we in over our graying heads?

Joan seemed like someone who could pull this off and she did.  Nothing to it, just like the big top.

I had tapped Joan to be my companion for this adventure because she is strong. A yoga instructor with superior flexibility and impressive core strength, Joan seemed like someone who could pull this off, if anyone could.

We were both a bit jittery as we belted up and got our preliminary instructions.  Then we climbed the ladder to the platform.

They tell you to hold the bar at eye level and lean out over the platform as you wait for the signal to jump.  Then, when you swing out, you wait for the bar to reach its apex before rolling back and hooking your knees over it.  It’s really elementary physics, because when the bar is at its peak, you a virtually weightless, making it easy to roll back.

Once your knees are over the bar, they give you the signal to let go. You hang upside down for a sweep and then you reach up, grab the bar, unhook your legs, dangle and let go, landing in the net. Nothing to it, just like the big top.

There are really only about seven things you have to remember. In many ways it’s easier than parallel parking.

There are really only about seven things you have to remember. In many ways it’s easier than learning to parallel park (especially learning to parallel park an Humvee).  And much more fun. When we first walked up to the apparatus, the class before us was just ending. The people in that class were learning “the catch”. The catch is classic trapeze where one flyer hangs upside down and another flyer reaches out and catches them at the peak of their swing. If you had told us then that we would be doing the same thing in a couple of hours, we would’ve told you you were nuts. But we did it.

Each student gets three shots at the hook and hang, working on arching back while hanging upside down.

If Carrie Bradshaw Can Do It…

In America you can do just about anything. The opportunity is there, if you put your mind to it and can overcome the obstacles strewn in your path by the spoilsports whose mission it is to protect us all, and profit from doing so. Then you can fly.

In 1998 Jonathon Conant was on a Club Med vacation in a foreign country when he discovered flying trapeze and formed the outrageous idea of founding a trapeze school in the litigation happy United States.  To say this was challenging is an understatement.

Check out the 30 second video of my first “catch”.

It is a testimony to his perseverance that after four years he and his partners managed to overcome the lawyers and insurance companies and wrangle the permits to open Trapeze School New York in 2002.

Located on Manhattan’s lower west side, the school struggled to build a clientele until a 2003 episode of Sex in the City showed Sarah Jessica Parker as Carrie Bradshaw learning trapeze at the school, and then interest exploded. Within a few years, the school expanded to locations in Boston, Los Angeles and Washington DC.  In 2011 Trapeze School New York in Chicago opened.

There Kris was rising up to meet me, arms outstretched. We locked forearms. The catch.

The school holds classes outdoors on the lakefront at Belmont Harbor in the summer, but it struck me as more of an indoor activity and an ideal way to spend a winter afternoon in Chicago.  While the snow fell outside, Joan and I practiced our techniques in preparation for the first timers’ ultimate achievement, the catch.

Each student gets three shots at the hook and hang, working on arching back while hanging upside down and looking between his or her arms, a necessary prerequisite for attempting the catch. Then a seasoned trapeze artist with a perfectly toned body ascends to a trapeze on the other side and sets the bar to swinging.

When she released me, I landed neatly in the net. That was fun!

I waited nervously on the platform, holding the bar out in front of me, waiting for the signal from Kris, my catcher, who had been wonderfully supportive throughout.

The people at Trapeze School New York in Chicago are top-notch, genuinely friendly and encouraging, and utterly sincere in the pleasure they take in your progress. It was a good thing too, because one likes to believe that the person about to catch him midair 25 feet above the ground has more than a casual interest in doing so.

The truth is that you are cabled and harnessed; a missed catch doesn’t mean you will plummet to your death. What’s more, there’s a net beneath you. You could hurt yourself more easily parking a Humvee. Still, it’s nerve wracking as you stand there, waiting for the call.  When you hear it, you must go at once. Timing is everything.

I heard Kris call out and I jumped. I swung out and hooked my legs over the bar. I dangled upside down and arched my back. I looked back between my arms and there, rising up to meet me, was Kris, arms outstretched. We locked forearms. Her falling momentum pulled me off the bar, and she held me tight as we swung out over the net, two people locked together, hanging from a trapeze. Then she released me and I landed neatly in the net. It was wonderful.

In this video The Joaner rocks the trapeze with a back flip.

I would recommend trapeze school to anyone with a spirit of adventure. If you like it, you can build on your experience with discounted classes. Not only is it graceful and thrilling, it’s a good workout, and you can advance in your skill set as far as you’d like to.

And don’t let age be an obstacle.  This is something you can do with minimal conditioning whether you are seven or seventy. My mother met a woman in Florida who had taken up trapeze in her eighties! It was something she had dreamed of doing all her life, but only in the last ten years did hourly classes become available.

These days you can do just about anything. A little research online reveals an astonishing variety of opportunities. Sure, there are plenty of things you are not permitted to do. But why dwell on that?  Today, it’s never been easier to realize your dreams and experience new adventures.

You just have to reach out.  There will probably be someone there to catch you.

Image Credits:
All images by Dayleen Marrero, except for “Waiting Anxiously” by Marianne Grisdale 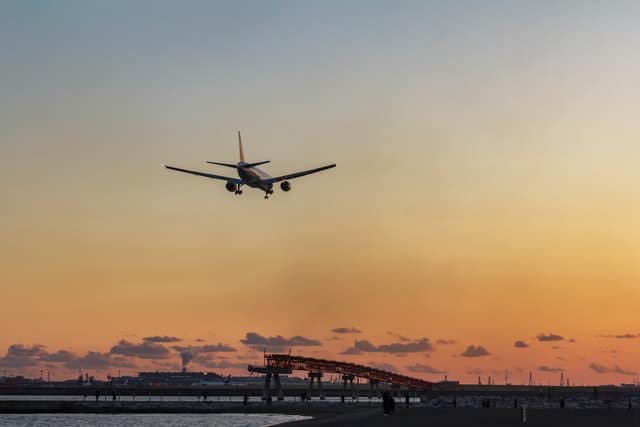 Five Things to do if You’ve Missed Your Flight 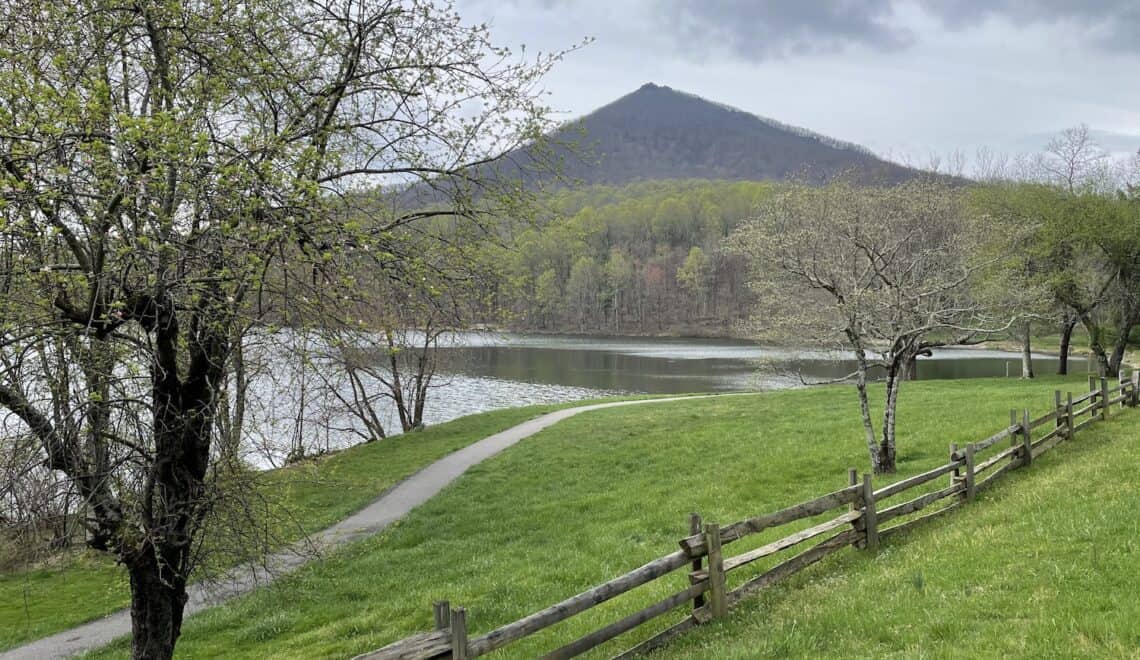 Driving the Blue Ridge Parkway in North Carolina and Virginia 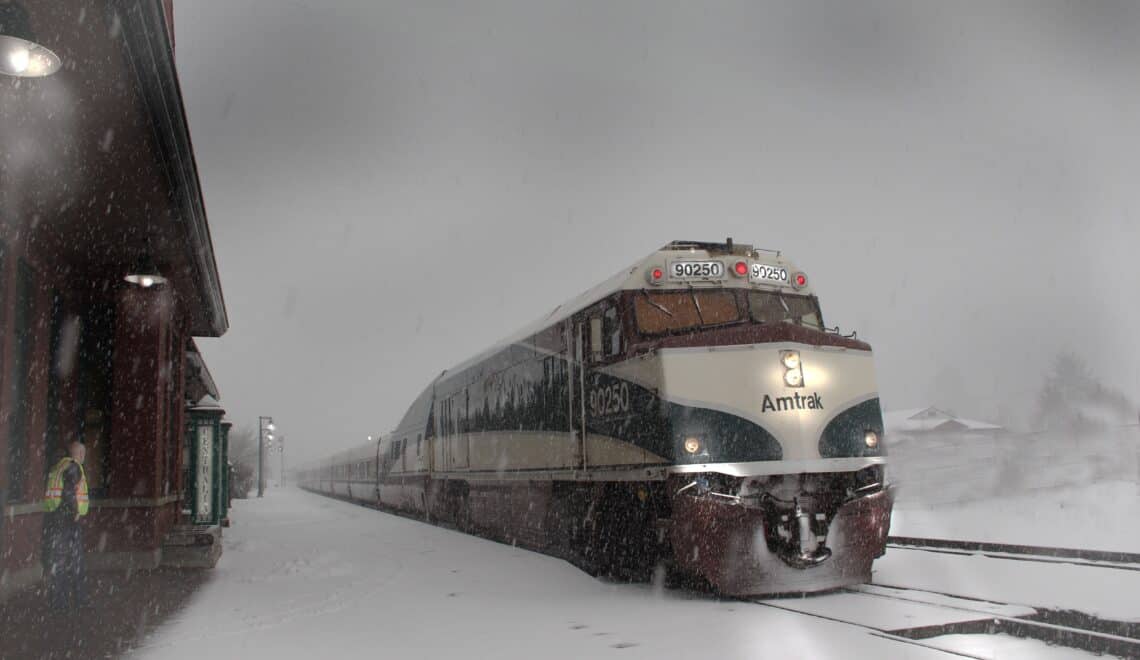