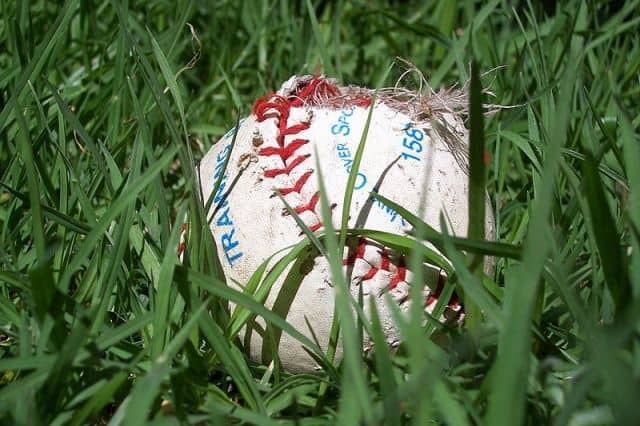 The Field of Dreams: A Crack at Redemption in Dyersville, Iowa

Field of Dreams is about dreams, magic, life, and what is quintessentially American. Naturally, some people despise it. In the spring of 1988 a film crew rolled into the small town of Dyersville, Iowa to begin making a movie that the Philadelphia Inquirer came to describe as “not so much about baseball as it’s about dreams, magic, life, and what is quintessentially American.” Field of Dreams, starring Kevin Costner, Ray Liotta and James Earl Jones, went on to receive critical acclaim and was nominated for a best picture Oscar in 1990. Today, the movie is looked back on with a mixture of admiration and contempt. It is either loved or hated. The sentimentality of the story makes it an object of scorn among the types of people who enjoy Iggy and the Stooges, and its transparent religiosity provokes the ire of those who admire Christopher Hitchens.

The Field of Dreams House in Dyersville, IA

But for many people, myself included, it remains a sweet song of hope, an uplifting tale about dreams and redemption. It is one of those rare movies, made after 1968, that communicates a positive message about what it means to be an American, and it has a lot to say about the importance of family in American life. In 1989, the same year the movie was made, my wife gave birth to our only child, my daughter.

Digging Deep for a Winner in Iowa

Ten years later in 1998 I was tapped out financially. After leaving the family business, I had struggled to start a business of my own and had gone through most of my savings. My wife had left me. I was forty years old and didn’t really know where I was headed. About the only thing I had of value was my child. She was ten at the time and just beginning to discover the complicated person she called dad.

After a long trip up a dusty country road, we arrived at the site.  It looked exactly as it did in the movie.

It had been our tradition, ever since she was seven, to take a vacation every summer, just the two of us, dad and daughter. We had been to the Ozarks, to Yellowstone, to Washington DC. This year, however, I didn’t have the money to go very far. Yet I was determined that we should take our summer vacation, and I didn’t want to go to Wisconsin – the default setting for Chicagoans on a budget – so I hit on the idea of going to Iowa.

Now if you have ever had the experience of choosing a place to vacation that has no obvious appeal, you will appreciate the challenge of designing an itinerary that promises fun and adventure, especially for a ten year old girl. The kinds of things Iowa promotes as attractions are the National Farm Toy Museum, Amish sweet shops, and John Deere Factory tours. I was going to have to dig deep to make this a winner. That’s when I saw a tiny red indicator on the map near Dyersville, Iowa: The Field of Dreams.

Baseball diamonds are magical. I remember emerging onto the mezzanine at Wrigley Field to be struck dumb by the beauty and majesty of the field.

Diamonds I Have Known

In the movie, struggling Iowa farmer Ray Kinsella hears voices telling him to build a baseball diamond in the cornfield beside his home. He is the only one who can hear the voices, and he is not really sure why he is the one being called on to perform this task.  Everyone thinks he’s nuts. But he feels compelled to do what the voices tell him to do, so he builds the diamond.

Baseball diamonds are special. The immaculate symmetry and the close cropped contrast of green on tan seduce the eye. The perfect functionality of the design is impressive as the distance between each base is exactly correlated to the speed of the runners against the velocity of a thrown or batted ball.  Compared to a football gridiron or a soccer pitch, a baseball diamond is truly a gem.

The corn was 7 ft tall, exactly the same height as it was in the film, which is important, because the ghosts emerge from the corn to play ball.

Once when I was nine years old, another kid told me a neighbor had built a baseball diamond in an overgrown field behind his house. I went to see it and was amazed. The diamond was perfect, cut out amidst the weeds and underbrush like an untouched room in a house destroyed by a tornado. I wanted to play baseball right then and there. I wanted to swing the bat and run the bases. I wanted to be one with that perfection.

The closest analogy is the way a child feels about a swimming pool. He or she is instantly and irretrievably seduced by the beauty of the pool and wants to be immersed in it. Baseball diamonds have a similar allure.

The first time I was struck by the beauty of a diamond I was probably seven. I remember walking up the concrete steps from the concourse at Wrigley Field and emerging onto the mezzanine to be struck dumb by the sheer beauty and majesty of the field. If I had never learned another thing about baseball, I would have been a fan for life. That experience was notable for another reason.  I was not with my father.

A Frustrating Bolt That Will Not Turn

My daughter and I made the most of our modest vacation to Iowa. We went camping and  swimming. We went to White Pine State Park and explored the caverns. We went to Davenport in the Quad Cities and watched a minor league baseball game between the Quad City River Bandits and the Beloit Snappers. My daughter wasn’t all that enamored of baseball, but she went along with it for my sake. We had a wonderful time.

One of the remarkable things about the plot of Field of Dreams is that when Ray starts acting crazy about building a baseball diamond his wife doesn’t leave him. Even though she can’t hear the voices or see the ghosts he is seeing, she stays with him and tries to believe what he believes in.

After my wife left me and we had gotten divorced I was worried that I would lose my daughter too, that she would prefer her mother’s company to mine, and we would grow apart. My track record at that point hadn’t been good. In the previous five years I had lost my job, my wife, and now with the divorce, my home.  f I had lost my daughter too I would not have been surprised.

But my daughter enjoyed the time we spent together.  We got along well – which was different than the experience I had had with my own father. I had left the family business largely because of a dispute with my father, the last in a long list of conflicts between us. We never seemed to be on the same page. He was an engineer, I preferred the arts. He was a Nixon Republican, I was a liberal. He was a White Sox fan, and after that breathtaking introduction to Wrigley Field, I was a Cubs fan for life.

My father never gave up on me, but he never stopped trying to change me.  He was not happy with who I was.   If I had been a product on a shelf, he would never have picked me.  To him, I was frustrating bolt that would not turn no matter how much elbow grease he put into it.

My daughter with the friendly souvenir lady at The Field of Dreams in 1999.

A Crack at Redemption in Dyersville, Iowa

In Field of Dreams, Ray builds the diamond and discovers that its purpose is to provide a place for the ghost of Shoeless Joe Jackson to redeem himself.  The story of Shoeless Joe is one of the most moving tales in baseball. A member of the 1919 Chicago White Sox, the team that threw the World Series, Shoeless Joe, who is innocent of the conspiracy, gets caught up in the investigation and is banned for life. The promise of a great career is dashed. Shoeless Joe dies a forgotten man.

In the movie, the ghosts of the 1919 White Sox assemble in Ray’s field to play one last game, to give Shoeless Joe the chance to play out the series and redeem himself, and in the course of things, Ray is afforded the chance to redeem his own relationship with his father.

The take away is that Ray pursued his dream in spite of the skepticism of others, achieved something profound for a group of people he didn’t even know, and in the course of things was rewarded with his own crack at redemption.

After a long trip up a dusty country road, we arrived at the site. It looked exactly as it did in the movie. We arrived in early August so the corn was 7 ft tall, exactly the same height as it was in the film, which is important, because the ghosts emerge from the corn to play baseball.

We stepped out from the corn, we tossed a baseball, we ran the bases, we visited the little souvenir kiosk and chatted with the friendly lady there. We had our picture taken in front of the house.

Frankly, there’s not a lot to do at the Field of Dreams. If you are not a fan of the movie, you may find the whole thing sort of boring, but for whatever reason – maybe it was the gorgeous summer day, maybe it was the friendliness of the locals, maybe it was the immaculate wonder of a perfectly groomed baseball diamond in a corn field – but we had a wonderful time.

Even now, years later, I look back on the photograph of us that was taken in front of the house and marvel at how manifestly happy we were, happy with each other, happy with our circumstances, truly bonded, father and daughter. I had gotten my crack at redemption and it was fine.

Sandbagged: How a Hapless Ex-Con Got Blamed for...

There be Monsters: The Outlandish Terror of the...

Deadly Charm: The Murders at the Glensheen Mansion...

The Catch: Exploring New Opportunities to Fly at...

Kitesurfing News…
[…]just below, are some totally unrelated sites to ours, however, they are definitely worth checking out[…]…